Did I Mention I Got Married?!

It has been an obscene amount of time since my last LoveLetter.  You all have probably just given up on ever hearing from me again and rightly so. Yet, here we are! I could spend this entire piece explaining why it has been so long but a) I don’t want to make excuses and b) all will be revealed in due time. For now, let’s just say I’ve been busy. And I may have met a man, fallen in love, bought a house and gotten married.  In the last year. It was the best thing that ever happened to me and it was also one of the hardest things I’ve ever done.  Dating with P.T.S.D. is not for the faint of heart.  Each step we took closer to each other resulted in about 48 hours of nervous system freak out for me.  Think of how hard dating in general is and couple it with a fight or flight response.There were definitely moments, hours, days when I didn’t know if I could handle it.  Unfortunately, after everything that happened with my previous marriage, my first reaction to intimacy/risk/vulnerability is RUN.  I have had to slowly and deliberately talk myself off the ledge over and over again.But I did it because I knew that learning to risk my heart again was going to be a necessary part of my healing.  We are hurt in relationship and we must heal in relationship, too.  I could choose to either do it with this relationship or the next one and my intuition was telling me that this was a GOOD man. So, I stayed in it and kept trying.Now that we are officially married, it has gotten easier. There’s a new element, however, of now that we are married will he start to show his “true” self?  Will his mask fall away?The answer to this is both yes and no because, I mean, to some degree that’s true for all of us.  My therapist told me once that it takes two years to really know someone, but I think it takes going through hard things together to really understand and appreciate someone.  You have to see how they react under pressure before you really know someone.Take me for example.  We recently got a baby pug named Mr. Pickles and after two days of crate training, I’m thinking of changing his name of Mr. Shit Pickles.  I’m slightly embarrassed to say that I feel almost as wrecked as when I had my last baby.  Thank God I’m not also nursing but, in the last few days, my husband has witnessed a cranky, sleep-deprived, short-tempered version of me that he’s never seen before.Of course, he still loves me.  Because that’s what love is but there is part of me that still fears that he will change his mind about me, and I am ashamed of how strong of a reaction I am having to trying to potty training this puppy.  It’s like every time he poops in doors I have failed on a personal level.  I am trying to be gentle and curious with this response and recognize that it is likely born out of some very old wound around perfectionism and a desperate need to “get things right.”Anyone else relate to this??!!Again, I felt similarly after each of my boys were b 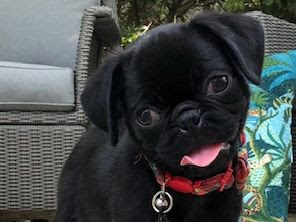 orn – especially the first.  I was terrified to fail at breastfeeding.  When the nurses took him away and gave him a bottle because I was violently ill from the pain meds, I remember desperately asking them if giving him a bottle would ruin my chances at nursing.  They looked at me in dismay, shook their heads and took my son to the nursery.  I went on to breast feed him for just under a year.  It was all fine.  But in the present moment, it doesn’t feel fine.  It feels scary.  But I am trying to focus on how dang cute this puppy is and know that this too shall pass.Also, there’s not a mask that my husband has that is about to fall away.  I know this because I have done a lot of work over the last few years on learning to trust myself and my intuition.  I also know this because he has consistently shown up for me in the ways that I need him to. He is not perfect, but he is GOOD.  Our relationship is not perfect, but it is GOOD. (I’m really in to good these days, can you tell?)Do you want to know what else was hard? Getting married for the fourth time. WOW.  I mean, it wasn’t the actual getting married part.  That wasn’t hard.  It was the happiest, most magical day of my life (so far:).  But giving myself permission to get married?  To let go of the lingering self-judgment and shame about being married so many times?  That was hard.  Listening to comments from people who I know love me like, “I assume you are having a small wedding” or “I’m sorry but I just can’t keep track of all your name changes.”  True statements.But…I’ve probably rambled on long enough and we will have lots more times to talk about the work I did to receive love and give myself permission to have the wedding of my dreams.

It sure feels good to be back – so much love to all of you still reading.

P.S. Since first writing this LoveLetter, we adopted another pug puppy name Penny and you can look forward to a post about what happens when creative people aren’t creating! 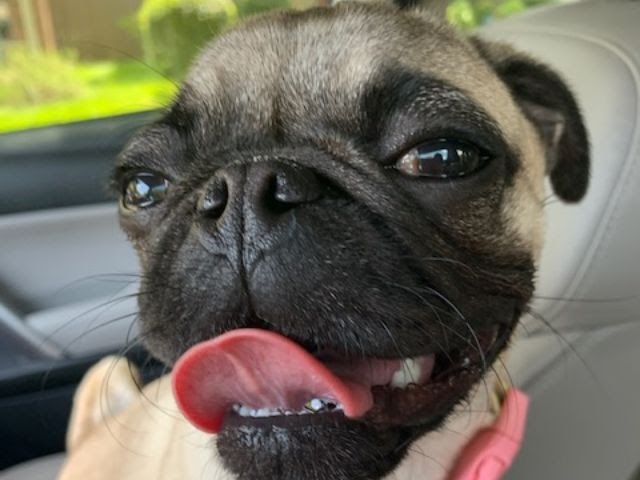