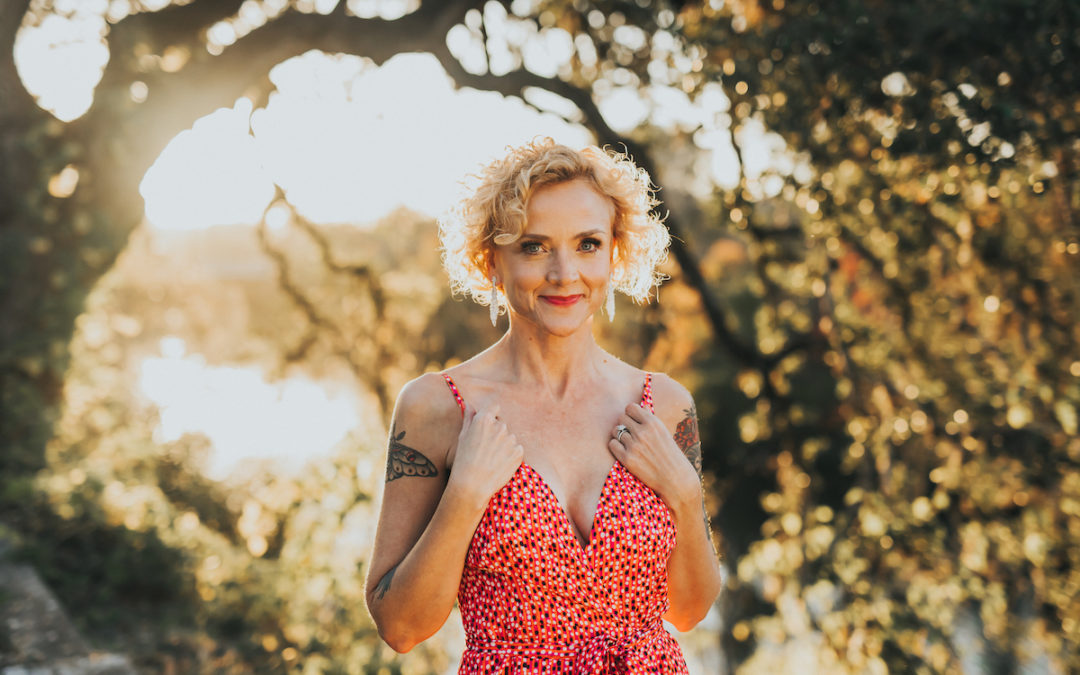 MY THERAPIST: “You are golden. You are smiling when you say that.”

At this moment, I am lying in a faux leather recliner, with an eye pillow covering my eyes and an IV administering ketamine into my bloodstream.

As I am floating on pillowy streams of my drug-induced ketamine cloud, I dub myself Princess Golden Mushroom Cloud.

I have now undergone two of six ketamine treatments.

Only 25% of people report significant effects after just one treatment. However, the assessment that I filled out before each treatment showed that I had experienced serious improvement after just one session.

Again, these results are not typical – but neither am I!

I am at the beginning of this adventure, and yet it still felt important for me to share what I’ve learned and experienced so far.

The first and most important lesson??

I have to LET GO OF CONTROL.

I shared with my therapist during the medical intake that I was afraid I would not be able to tolerate the drugs because it would make me feel like I was going crazy.

They also told me that during the first session my focus would be on letting go of control.

That in order for the ketamine to work I would have to let go of the reins…so I could trust…so I could allow myself to fully drop into the experience of tripping balls.

I saw all kinds of crazy images that are pretty much impossible to describe.

There was also a moment where I could feel in my body the memory of my childhood sexual abuse. I intentionally pushed it away. I wasn’t ready yet.

I was honestly surprised by how vivid the sensation was. I didn’t even tell my therapist about it.

I did the best I could. I survived the session. And I did not go crazy.

I went back the next week for round two.

I shared with my therapist beforehand what I had experienced the previous week with the somatic memory of my childhood abuse. He thanked me for trusting him with it.

I braced myself for that same memory to come back during my second session, but it didn’t.

Instead, I saw all the “gross stuff” (my words during the session) melting away from inside my womb. It was wild.

But now when I intentionally connect to that part of my body, it feels spacious and clear.

In addition to the golden mushroom clouds, I also found myself being surrounded by darkness at one point.

That was when I realized that even though the ketamine was asking me to let go, it also afforded me great power.

I rose up as a ruby red fireball of power and drove the darkness away. In my mind (or my soul), I roared with this newfound ferociousness and shivered with my own invincibility.

At the end of the session, after the tech had turned off the ketamine and I was coming down, my therapist continued to help me process what had come up.

There was so much. And it’s all more than I can fully share here.

My therapist then asked if I was familiar with Pascal’s wager, which I was not.

I laughed and said that I wasn’t sure about that one because I have mainly chosen to live as if everything was most certainly not going to be okay.

“How is that going for you?” he asked.

So… here’s to letting go of the reins, sister.

Here’s to faith and trusting that “everything is going to be alright.”

And also – the alternative sucks!

Keep coming back. Keep doing your work. Keep investing in yourself.

I promise to keep investing in myself too.

And know that we are always in this together.

“The moment of surrender is not when life is over, it’s when it begins.” ~ Marianne Williamson